What Are The Main Applications For Industrial Sensors?

For turbines and rotating plant, three of the key measurement areas for which sensors are required: vibration monitoring, position monitoring, and rotational speed monitoring. These are the main measurements covered by the Sensonics range, alongside temperature and pressure. Let’s look at each in turn.

High or increasing in amplitude Vibrations in an industrial or power-generation setting can be bad news for a plant, often indicating that there's a fault and that the machine or process needs to halt shut down immediately. Industrial sensors are therefore crucial to fault detection via vibrations, enabling a series of alarms to be raised or an automatic system shutdown, depending on the severity.

Vibration monitoring via industrial sensors offers a number of advantages, including instantaneous detection and specific location, which can be crucial when you're trying to resolve an issue quickly. As it's a non-invasive form of monitoring, you can set this up as part of a larger sensor monitoring system and allow your operations to continue as normal without manual interference. Vibrations generally increase with the magnitude of the fault, so you can assess the severity of an issue efficiently and prioritise its urgency accordingly.

Monitoring rotational speed through industrial sensors is crucial for specialist industrial equipment, such as turbine rotor shafts for power generation and turbo-pumps. A speed sensor will detect the frequency of targets passing the sensor tip. Targets being suitably sized gear teeth, specially designed stepped ring, key/keyway or target hole and providing electronic pulses to the speed monitoring / machine protection system. Continuous instantaneous speed sensing automatically captures speed deviation and anomalies accordingly, leading to fast fault detection. Most rotary equipment relies on a consistent output and relative speed between components, so an unusual or unexpected change in speed can be automatically controlled in an instant and prevent a catastrophic issue.

Speed sensors can be utilised to provide the following measurements:

How Can Speed And Vibration Monitoring Help Your Business?

Efficient monitoring of all types of motion can make your working environment safer, offering more accurate fault detection and a lowered risk of your equipment needing sudden maintenance due to a critical failure. Having your equipment monitored in this way also minimises the risk of financial loss, as with the risk of unscheduled downtime ruled out, you're far less likely to fall behind in your output targets and avoid financial penalties for non-availability. 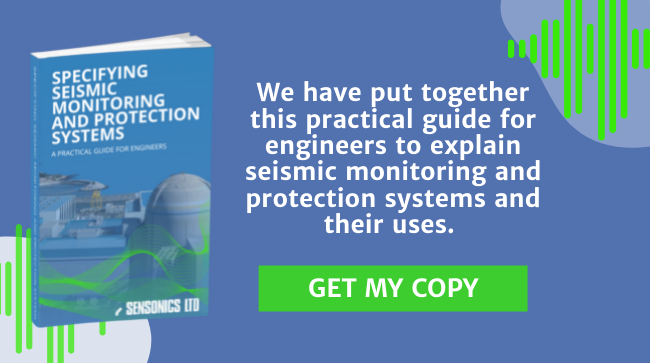